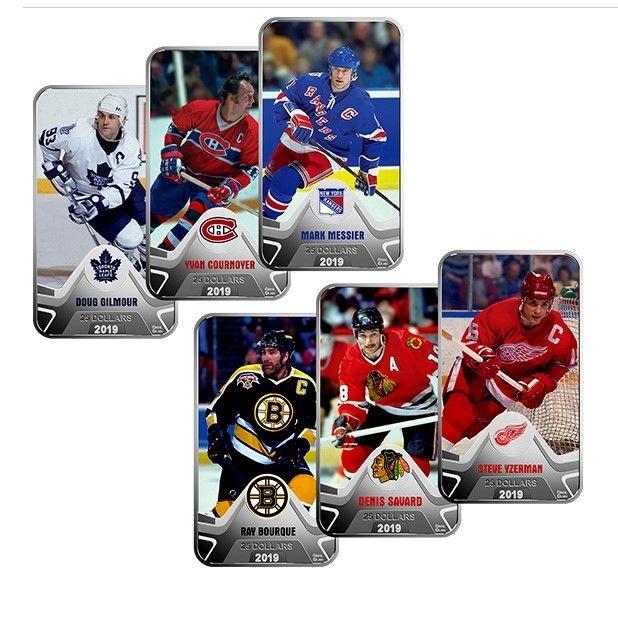 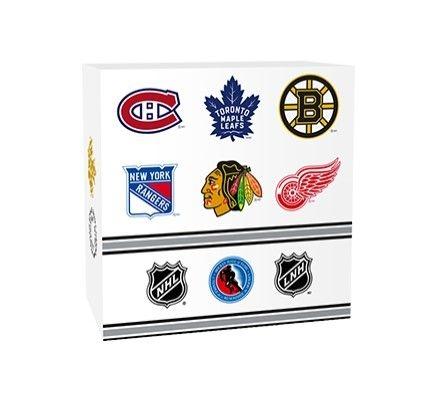 0 People are watching this item

Doug Gilmour, Yvan Cournoyer, Mark Messier, Ray Bourque, Denis Savard, Steve Yzerman: They were the voice of their team and the players who led by example. The NHL® Original Six™: Team Leaders is a six-part tribute to a storied tradition in hockey, featuring some of the legendary Canadians who exemplified teamwork and leadership.

$25 Face Value of each coin

Coins in your set include:

OFFICIAL LICENSED PRODUCTS! All your coins are official licensed products of both the NHL®, and the Hockey Hall of Fame!

LIMITED MINTAGE! Only 5,000 of each coin will be made available worldwide.

INCLUDES SERIALIZED CERTIFICATES! Each of your coins includes a serialized certificate.

A defensive-minded forward with a scoring touch, Doug Gilmour was the centrepiece of the resurgent Toronto Maple Leafs in the 1990s.

Known for his slapshot and explosive speed, “the Roadrunner” blew past the top blueliners of the 1960s and 1970s on his way to becoming a 10-time Stanley Cup® champion with the Montreal Canadiens

In 1993 and 1994, Messier guided the New York Rangers to the best record in the league and scored the goal that ended the team’s 54-year Stanley Cup drought.

The sole blueliner in this collection was the face of the Boston Bruins for two decades. He is still the all-time leading scorer among NHL defencemen.

One of the franchise’s all-time scoring leaders, Denis Savard electrified Chicago Blackhawks fans with his speed, offensive flair and a “spin-o-rama” move.

The longest-serving captain in NHL history, “Stevie Y” led his team to three Stanley Cup championships in his 22 seasons with the Detroit Red Wings.

Each of your coins are individually encapsulated and presented separately in Royal Canadian Mint-branded black clamshells with graphic beauty boxes.

I understand when clicking 'Buy it Now' on a Razz that it is non refundable as outlined in the Terms & Conditions.